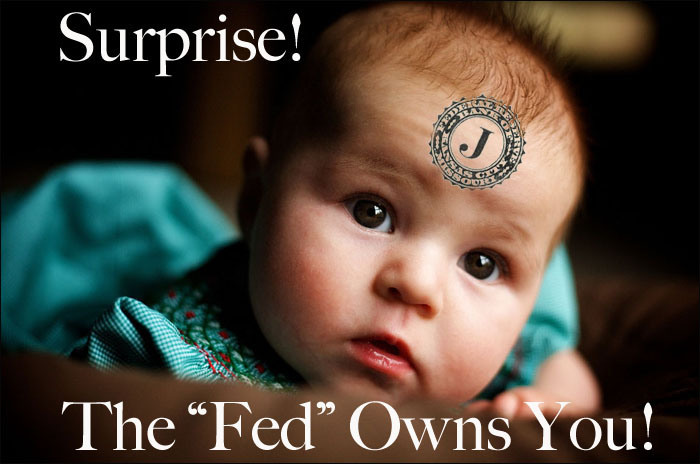 Seriously, What’s With All The “You Are a Slave” Stuff?

We have gone from freedom to slavery, from sovereigns to serfs on the great Federal Manor via the 14th Amendment. All due in large measure to the treachery and deception of words by the United States Supreme Court.

If you have wondered why all of your “patriot friends” continually warn you about being a slave, but were afraid to ask — this post is for you. And while you old-timers won’t learn anything new from reading this article, you’ll appreciate the simplicity and clarity of the author’s explanation.

You Don’t Own Yourself — the Federal Reserve Does

For a while I have been receiving e-mails from a good friend who has asked me to investigate something weird about the Birth Certificates. He wanted me to take a look at them because they have certain numbers and other things printed on them that need an explanation.

When I looked at my own Birth Certificate, I noticed it was a copy of the original. So I went through old boxes and baby books that my Mom had saved before she died and found what I was looking for — my original Birth Certificate. It was brittle and yellowed with decades of age but — wow — it was NOT the original!

What I have learned since is kind of like discovering that you are part of the Matrix. It seems none of us have our original Birth Certificates — they are all copies. And the copies have a serial number on them, issued on special Bank Bond paper and authorized by “The American Bank Note Company.” Huh?

The truth is stranger than fiction. But here it is:

It seems that back in 1913 the United States was short of cash. World War I had depleted the treasury and there were several really bad financial panics — in 1907 especially — so the country needed to print more money than it had as equity to restore confidence in the money supply and get the economy back on its feet. 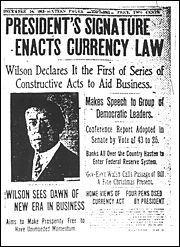 When you or I need more money, we use something as collateral and go to a bank for a loan. When a country needs more money it has to go somewhere also. But in 1913 there wasn’t anywhere to go. So the US created the Federal Reserve Act. This established a private central bank (The Federal Reserve Bank) that would regulate the amount of money the US government was allowed to borrow and put in circulation. It also would expect to be repaid, like any bank, with interest.

After only 20 years things went from bad to worse. During Franklin D. Roosevelt’s presidency, in 1933, the US was unable to pay its debt. The county was bankrupt. The private banks that made up the Federal Reserve demanded their money and Roosevelt responded. He had to use the only thing left of any value to pay the banks and continue doing business with them — the citizens of our country. Us!

Exactly how all this was orchestrated is too lengthy to be addressed here, but this much can be told. The original birth or naturalization record for every U.S. Citizen is on file in the official records in Washington, D.C. (you get to keep a copy!) and the property and assets of every living U.S. Citizen is pledged as collateral for the National Debt!

Within two weeks and three days each Certificate of Live Birth is to be filed in Washington D.C. Evidence reveals that there is even a Federal Children Department established by the Shepherd/Townsend Act of 1922 under the Department of Commerce that appears to be involved in this process in some way. Every citizen is given a number (the red number on the Birth Certificate) and each live birth is valued at from 650,000 to 750,000 Federal Reserve dollars in collateral from the Fed.

This kind of makes you feel a little different when you look at Federal Reserve Chairman, Bernanke, doesn’t it?

OK. Let’s take a pause to look at the Birth Certificates [below.] You will see the red numbers and you will see the fact that it is, in reality, a “Bank Note.” Congratulations — you and I are commodities! 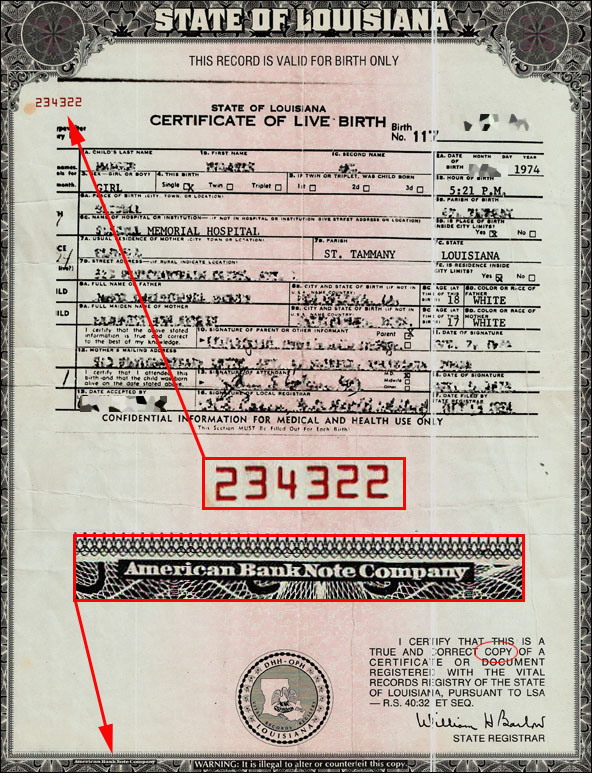 Names in “ALL CAPS” on Birth Certificates

Since the early 1960s, State governments have issued Birth Certificates to “persons” with legal fictional names using “ALL CAPS” names. This is not a lawful record of your physical birth, but rather the acknowledgement of the “birth” of the juristic, all-caps name. It may appear to be your true name, but since no proper name is ever written in all caps (either lawfully or grammatically) it does not identify who you are. The Birth Certificate is the government’s self-created document of title for its new property — you and me! In a way, it makes us a kind of corporation whose company name is the same as our real name, but written in ALL CAPS. This “corporation” then generates taxes and wealth over its lifetime and in this way repays the collateral that Uncle Sam borrowed from the Federal Reserve.

Remember that “Bond” thing printed on the bottom of the certificate?

Bond. I a: A usually formal written agreement by which a person undertakes to perform a certain act (as fulfill the obligations of a contract) . . with the condition that failure to perform or abstain will obligate the person . . to pay a sum of money or will result in the forfeiture of money put up by the person or surety. lb: One who acts as a surety. 2: An interest-bearing document giving evidence of a debt issued by a government body or corporation that is sometimes secured by a lien on property and is often designed to take care of a particular financial need. — Ibid. — Merriam-Webster Dictionary of Law (1996).

Banknote. A kind of negotiable instrument, a promissory note made by a bank payable to the bearer on demand, used as money, and in many jurisdictions is legal tender. Along with coins, banknotes make up the cash or bearer forms of all modern money.

Warehouse Receipt. …A warehouse receipt, which is considered a document of title, may be a negotiable instrument and is often used for financing with inventory as security.

It is not difficult to see that a state-created Birth Certificate, with an ALL CAPS name is a document evidencing debt the moment it is issued.

This cycle is based on the future tax revenues of the legal person whose name appears on the Birth Certificate. This also means that the bankrupt, corporate U.S. can guarantee to the purchasers of their securities the lifetime labor and tax revenues of every citizen of the United States/American with a Birth Certificate as collateral for payment. This device is initiated simply by converting the lawful, true name of the child into a legal, juristic name of a person.

Legally, you are considered to be a slave or indentured servant to the various Federal, State and local governments via your STATE-issued and STATE-created Birth Certificate in the name of your all-caps person. Birth Certificates are issued so that the issuer can claim exclusive title to the legal person created thereby.

4 thoughts on “Birth Certificates; You’re Pledged by the Federal Government as Collateral”