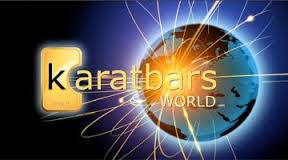 Hello, my name is Roger Sayles. Several years ago, I authored From Sovereign to Serf: Government by the Treachery and Deception of Words, a book in which I exposed what has been done by those in power to bring the great American Dream to its knees. Copies of the book and the 27 minute video I did for Ed Snowden (concerning Ed’s U.S. Passport) can be found at A US Passport For Ed Snowden.

My 23 years of political research were done hand-in-hand with my in-depth study of the history of our present financial system. Early on in my studies, I came to understand the importance of GOLD and precious metals in our lives, our families’ futures and in their well-being. I also noted the importance of GOLD in the scheme used by the New World Order (NWO) to dominate, control and enslave all the peoples of the world. In late April 2014, a good friend of many years called and asked if I’d ever heard of Karatbars, a German company which had been selling monetary-grade GOLD throughout the world for five years. I had not. He sent some information, and it grabbed my attention immediately, NOT primarily because of the financial or monetary gain available, but because of the power behind the concept on which this company was created and on which it operates today. Karatbars sells ‘gold-by-the gram.’ It offers 1, 2.5 & 5 grams ‘cards’ with monetary-grade GOLD actually embedded ‘in’ the card. You can find a great deal of additional information on the company and its unique concept HERE.

Several aspects of this endeavor ‘really’ excited me:

What I call “The Big Picture” of Karatbars is this: PRIVACY!  What Karatbars really offers us is an opportunity for privacy in our financial affairs.  You see, once you’re involved, you literally have your own PRIVATE banking system!  Yes, you can move funds in your free eWallet to any other Karatbar Member in the world with complete PRIVACY!   Once you’ve earned 35 euros in commissions, Karatbars will issue you an International Debit Card (by Master Card) into which your future commissions will be paid.  When you use the card, NO BANK sees your purchases!  Your transactions are completely PRIVATE!  Think of it: a worldwide GOLD exchange with complete PRIVACY!

A Private Vault Filled with GOLD

In addition, Karatbars offers an exceptional, but optional, opportunity for personal financial independence for those who share Karatbars’ vision of the future.  How much you want to earn is totally in your control!  The company pays up to 85% of its profits to those willing to help spread its vision to the world. Currently, in 122 countries around the world, there are only approximately 155,000 Karatbar Affiliates!  With literally billions of people eligible to become involved, the present number of Affiliates is but an ultra-small percentage of those who will be enrolling to help spread the “Karatbar vision” over the coming weeks, months and years.  How many of those potential billions of people would you like on your team?

If you will devote the time and energy required to absorb the information presented here in written and video form, I can assure you that you will LEARN in a relatively short amount of time what took me almost 23 years to absorb over countless hours and at great expense. If, after absorbing this material, you then think that this is something that makes sense for you to DO, please leave your name and contact information in the form below. We will contact you, send you more information if needed and/or answer any questions you may have. I urge you in the strongest of terms to seriously look into this fantastic opportunity.  In my honest opinion, opportunities like this only cross a person’s path once, maybe twice if you’re ‘lucky’, in a lifetime…

Karatbars gives you an opportunity to LEARN what the NWO is doing, DO something about it, SHARE the Karatbars Vision, REGAIN your freedom from the tyranny of the NWO!

Has your time to be free arrived?